The war for the truth got real, on January 11th, last, when the official agency of the Argentine Government, ANMAT, admitted in its court filings that the AstraZeneca “Vaccine” contained graphene oxide.

The story in Spainsh is here:

Days later, however, the Argentine Govt. website issued an anonymous public declaration, saying that it was a typographical error, and the word, “not” should have been written before “contain”.  This latter declaration is not signed by anyone.

That statement in Spanish can be found here: 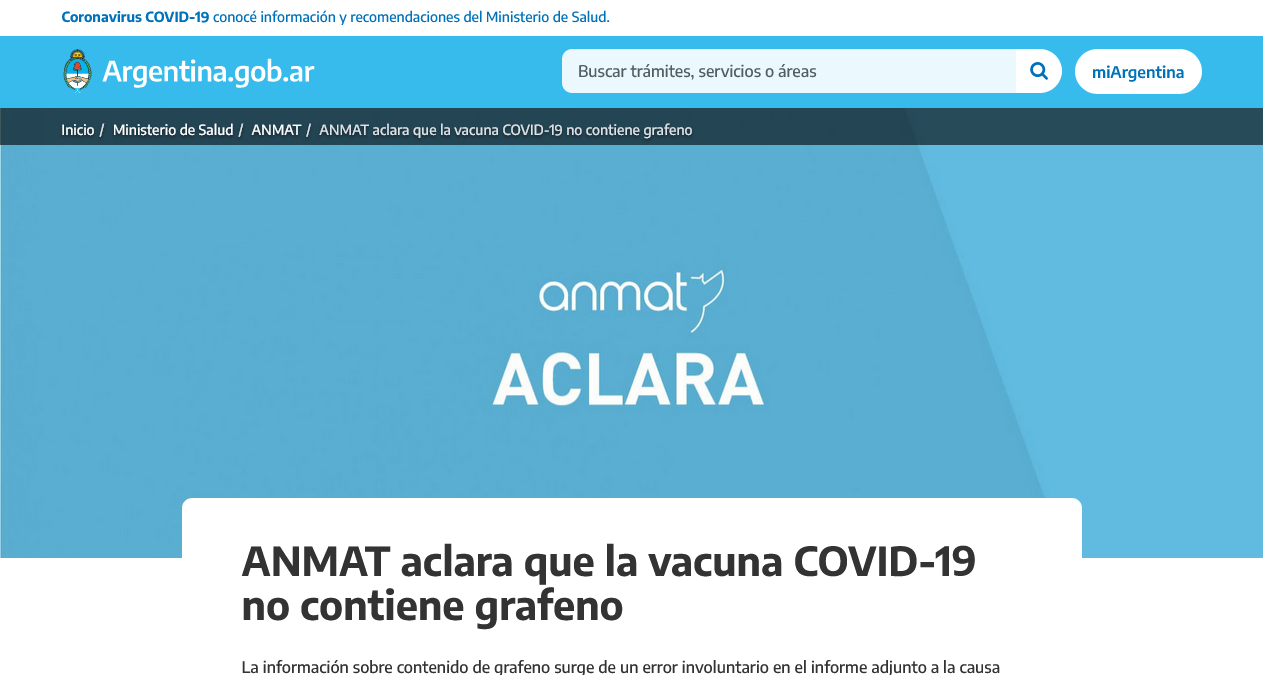 This retraction, however, is not published on the ANMAT website. And thus must be judged to be a falsification, for now.

How significant this admission in a court filing is, can be discerned from ANMAT’s own website, which describes ANMAT in these words (English version from ANMAT website):

The National Administration of Drugs, Foods and Medical Devices (ANMAT) is an agency decentralized from the National Public Administration that was created by decree 1490/92. It cooperates in the protection of human health by assuring the quality of the products it regulates: drugs, foodstuff, medicinal products, diagnosis reagents, cosmetic products, dietary supplements and household cleaning products. Having a nationwide jurisdiction, it was created in August 1992 and ever since its group of professionals and technicians have worked with modern technology in order to efficiently fulfill the process of authorization, registration, standardization, vigilance and monitoring of the products used in the human medicine, food and cosmetic fields.

One thought on “The Argentine Govt. admitted in court filings that AstraZeneca contains Graphene Oxide”