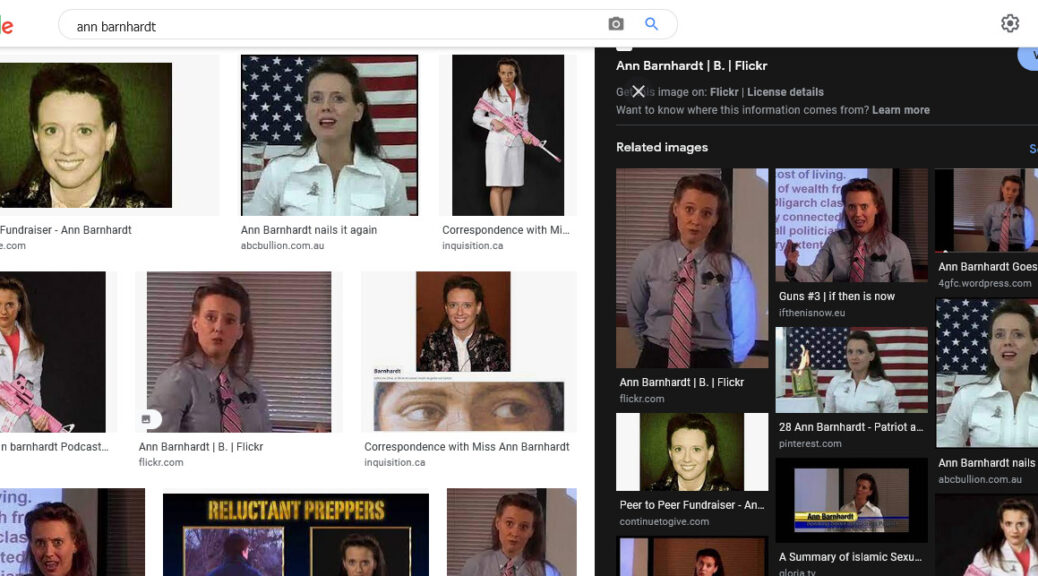 I used to admire Ann Barnhardt a great deal, for her cold logic. But as the years have passed, I realized that there was a lot more coldness than logic. Barnhardt showed this the other day with her vicious personal attack on Andrea Cionci, who has ever been the perfect gentleman calling her to give her reasons why she thinks Benedict XVI is the infallible pope but in total error, so obvious that Ann Barnhardt alone, without any knowledge of what is going on in the Vatican, and with no knowledge at all of Pope Benedict XVI’s statements in German — a language which she cannot even read — can see it, and she alone.

I am reminded of the Lollards of medieval England who hated us religious for taking vows and believed that the Catholic notion of just war was bunk.  That is, some people pretend to be Catholic, but really advance their own prejudices.

I am also reminded of the words of Ann Barnhardt that those who support Bergoglio cannot respond to the data-set. And I wonder what she sees in the morning when she looks into the mirror of her soul…

To respond to Cionci’s invitations and open letters by insulting his masculinity is the sign of a true feminist and a fake Catholic. It is also the most vile form of ad hominem from a woman who cannot face the data-set, let alone rationally respond to the evidence that her accusation against the person of the Roman Pontiff is made entirely of the straw of her own prejudice.  And evidently it is a deeply seated prejudice against  Catholic men.

I therefore wish to publicly distance myself from Barnhardt’s vile comments and perverse spirit of mind, which no Catholic who is honest could ever tolerate.  And I call upon Catholics everywhere to publicly remonstrate and denounce her for it.

15 thoughts on “Br. Bugnolo: I want to distance myself entirely from Ann Barnhardt’s horrendus modus operandi which poses as Catholic”