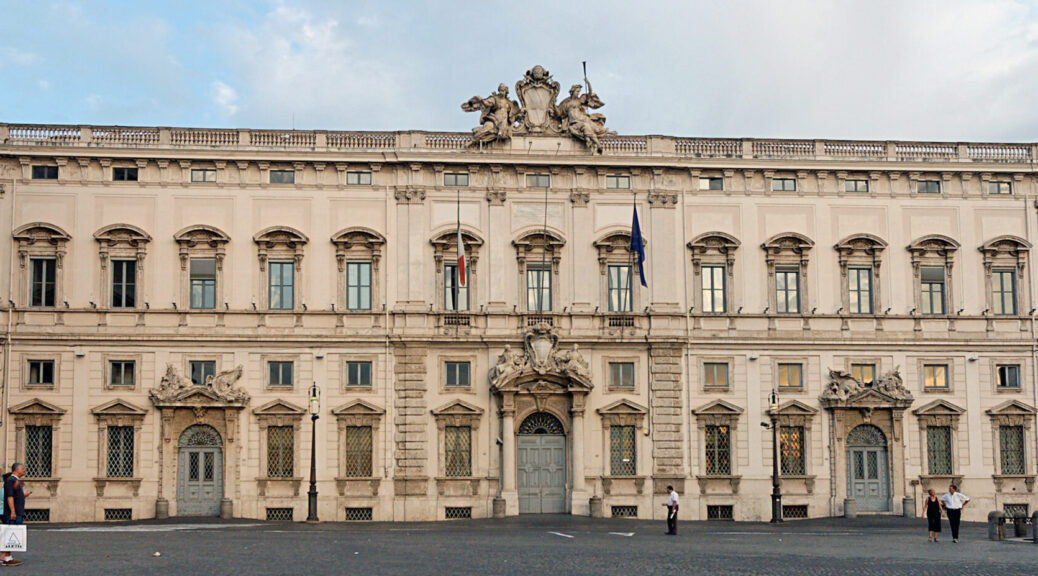 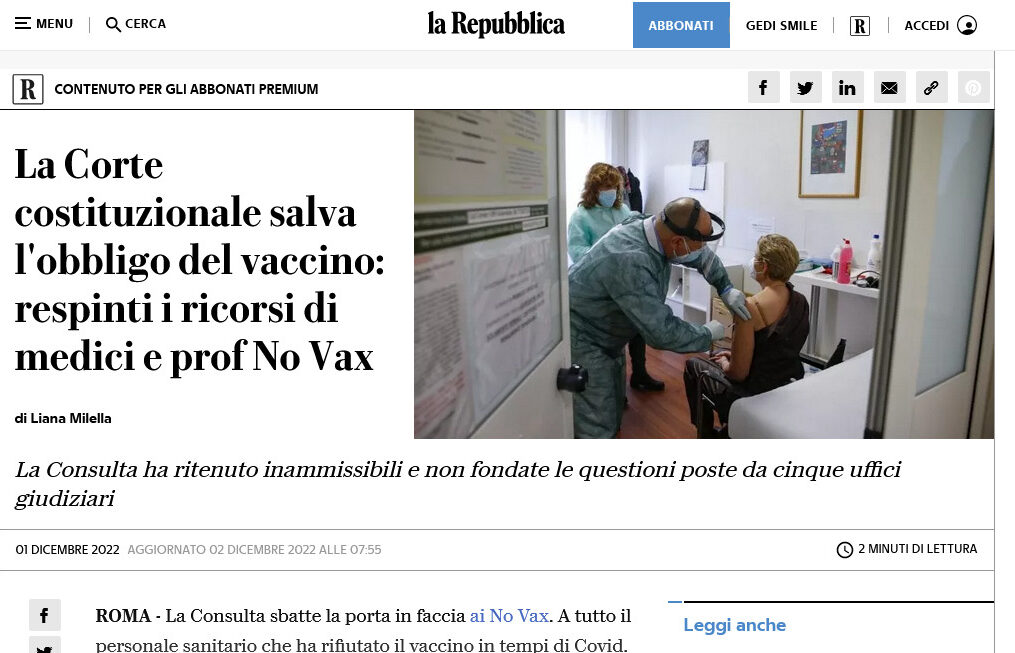 In a decision which was expected and feared, after the Council of State appointed one of Mario Draghi’s personal lawyers as a member of the Constitutional Court, the Court decreed the end of all semblance of order, right, democracy and justice in the Italian Republic.

For in a case which sought to overturn the decrees of the last two governments which by a dictate of the President of the Council of Ministers (that is the name for the Italian Prime Minister) imposed the outrage of an obligation to receive the DeathVaxx upon all sanitary workers, police and teachers, the Constitutional Court judged yesterday that it was not unconstitutional for him to decree an obligation to be DeathVaxxed for any specific class of Italian residents.

The 5 legal experts who brought the case in defense of their clients rights to bodily autonomy, emphasized all the glaringly constitutionally contrary aspects of these decrees of the past governments.

Alas, to no avail.

Even at their request that judges appointed by the past two governments be recused, the president of the Court defiantly refused all discussion.

The sentence regarded the decrees of the Conte and Draghi governments, but it has set a diabolic monstrous precedent.

So now the Italian Republic is no longer even a state or legal convention. One party, the political elite, has arrogated to itself the right to murder, maim and genetically transform everyone in Italian territory.

What does this mean for Italians?

It means that they now have the natural and Christian RIGHT and DUTY, to no longer obey the government in anything, to not pay any taxes whatsoever, to report nothing to the government, to bear any kind of arms, whatsoever, and to undertake any moral means to overthrow the Italian Republic, even with the use of violent force.

I advise everyone who cannot stomach what is about to come to get out of Italy. And I have myself resolved to flee at the soonest possibility: as it is pure insanity to risk living in a territory where you can be lawfully murdered at any moment.

Italians are universally shocked to the core about this sentence. They now literally have no legal recourse to any other action than flight or violent revolution. And it is not me, who is saying it, it’s being said from the heights of the Alps to the shores of Sicily.

There is talk of reforming the Constitutional Court, since, as I hear, one cannot impeach its justices. But I think it is unrealistic to think the political class, given such power, will ever give it back. Those politicians who embrace this ruling may, however, be signing their death-warrant if a revolution breaks out.

The only way to avoid civil disorder, as far as I can see, is if the present government of Giorgia Meloni announces immediately that they will introduce a bill to change the rules of the Constitutional Court, effectively reforming in one manner or another.

TRANSLATION of Tweet below: If the Constitutional court passes the Vaccine Obligation, civil war will break out: let everyone descend into the piazza in every city of Italy every Saturday, until they undo such a verdict authorizing the State to commit genocide.

21 thoughts on “ITALY: Constitutional Court says PM has power to oblige citizens to be DeathVaxxed”