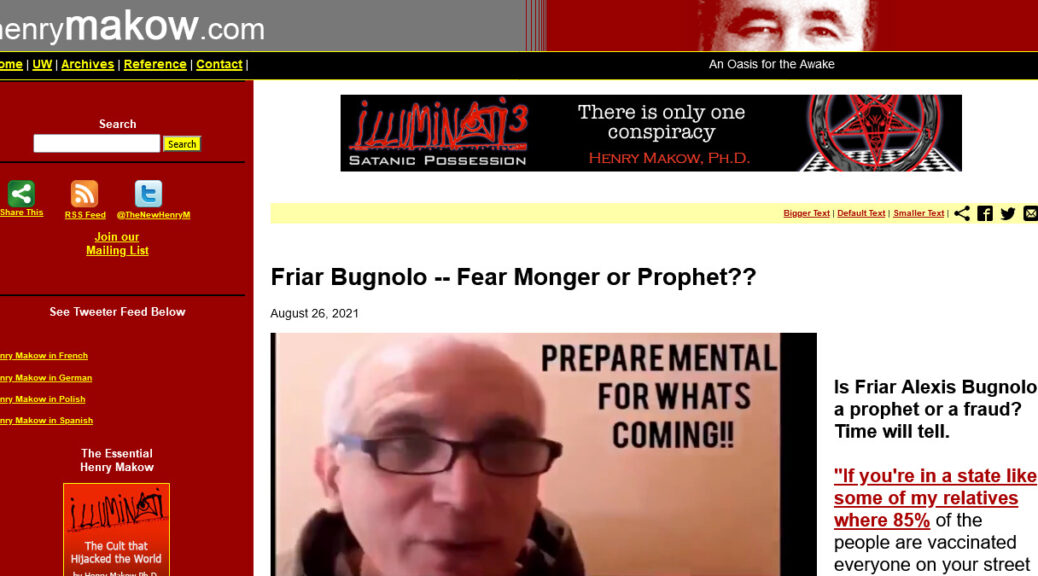 That one makes a video is usually nothing newsworthy. And that one publishes it usually causes no response worthy of news. But that a video is not only shared round the world, but now is the topic of articles by others, is news worthy.

The video in question is my, “When the Flu Season Comes, the Chaos will begin” (see link below).

Some might think that “attack” is too strong of a word to describe this article about my video, but you can judge yourself by reading the post, by clicking the image below, how to describe it: 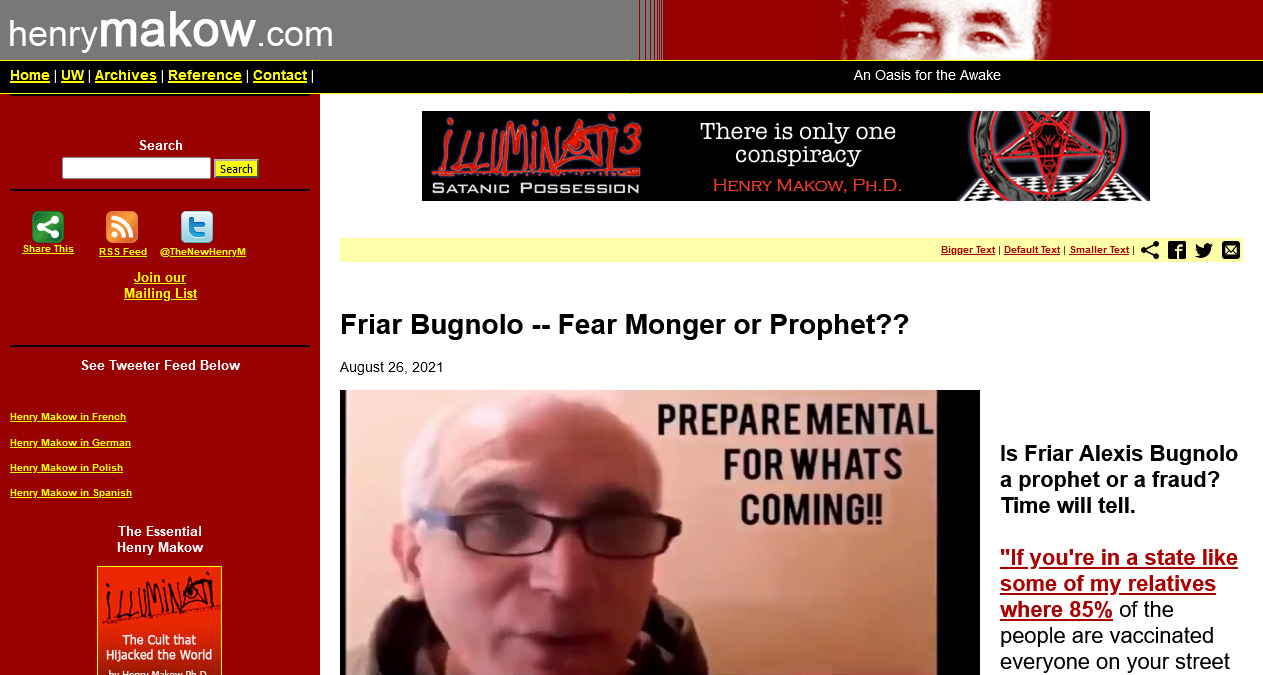 Comments on Henry Makow’s website also include the Trolls of Calumny who have been pursuing me ever since I contested Bergoglio as Pope or the Pandemic as a Scam. I am glad that they hate me for telling the truth, and they will continue to throw rubber balls which will bounce upon investigation. That these trolls found this article before even I knew of it may say something about who is behind the article or who asked that it be published. I really doubt that my never friendly trolls are Henry Makow readers.

I would not call this an attack, since it was so polite. In sum, my friend asks me to take my video down, because he believes that what we need now is reassurance and things which calm the public.

He does criticize me for the video content, however. Yes, the French Virologist I quoted in the video did not say what he was attributed by me to have said. But I did not attribute to him those words, I merely cited what was attributed to him: a conclusion that other leading scientists have before and after themselves accepted or warned against, as the readers of FromRome.Info know by now.

But, my friend is responding not to my original video, but to this Italian subtitled excerpt, which I did not authorize and whose Italian translation I did not approve, which you can probably surmise by the fact that they have misspelled my surname:

And I do not mind that my friend did not call me. It is, he is correct to say, a public matter, and so he can publicly talk about it.  And actually, I appreciate the free publicity.

To this second appeal, I will respond by saying that in the Rule of St. Francis we are obliged to preach Death, Judgement, Heaven and Hell.  And a lot of people find that shocking, but it is actually the greatest charity to warn all about the things to come.  I am sorry if my good friend does not understand that.

Meanwhile the video they are talking about (click here) has gone to over 200K views on FromeRome.Info and has been translated into French, Italian and Greek (on FB here) and probably other languages, all on the initiative of others without my knowledge. I would imagine that my video, in whole or part, world wide, in all versions has more than 1 million views already. And I hope by it that everyone prepares for the Apocalypse which is coming.

It is even being cited by Investment sites, who normally advise their readers about future economic risks. Here is one in French, which already has more than 32k reads, which has had the courtesy to transcribe and translate my talk, with an unapproved translation: 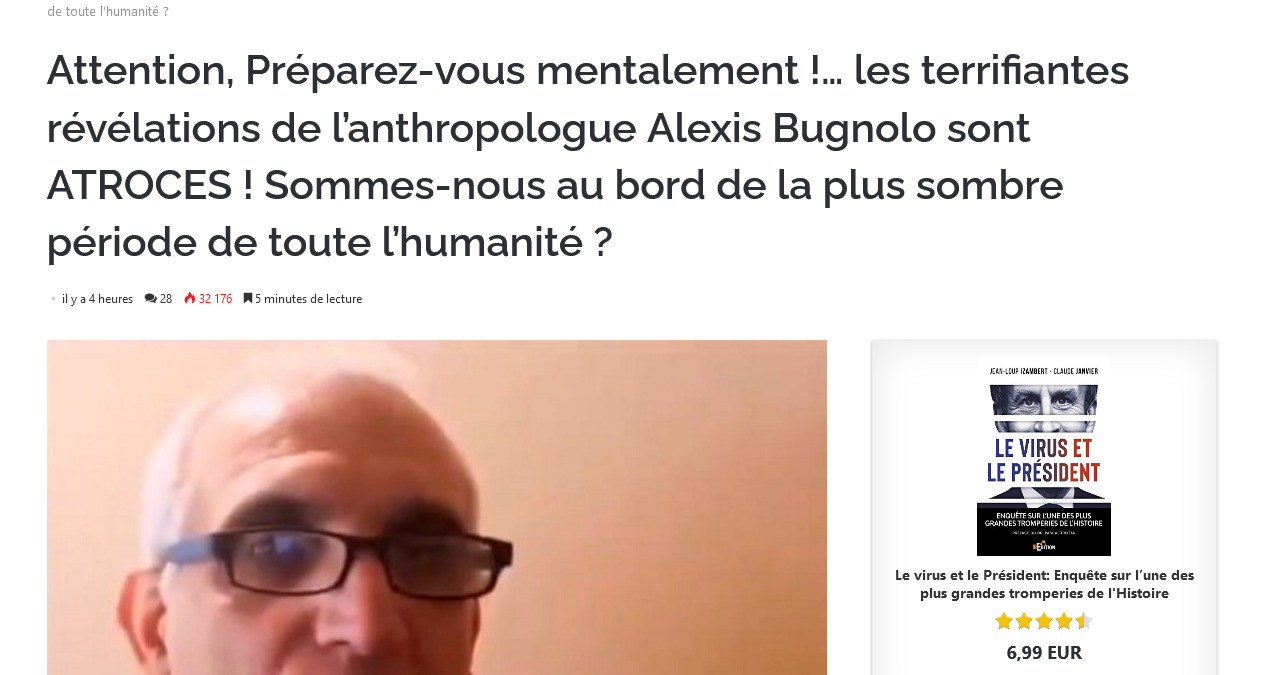 Here you can watch my original video and judge for yourself the value of what I say:

When the Flu Seaso comes the Chaos will begin

Finally, if you appreciate the work I do, help support me, if you can, because as a Franciscan hermit I live by alms, and my readers and fans are my only support. If not, please pray for me. I assure all my readers and donors in advance of my own prayers for them.

28 thoughts on “Br. Bugnolo criticized from the USA & Italy for Warning Humanity”