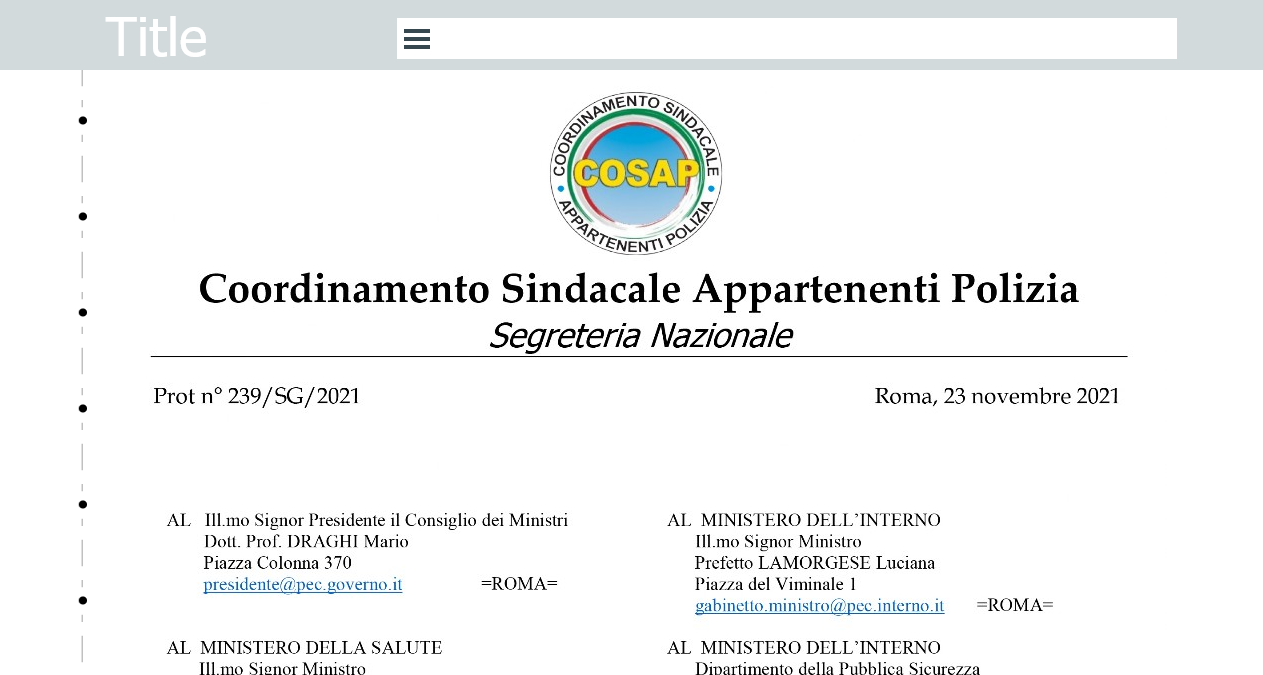 The National Council for Police Unions has issued its formal dissent to the plan by the Goldman Sachs Sanitary Dictatorship of Mario Draghi to DeathVaxx all the armed forces of Italy, including the State Police and the Carabinieri.

In their official press release, they cite the statistics published by the Italian national health institute (ISS) and findings by the Lancet which argue that the DeathVaxx is not effective. They demand that their members not be discriminated against or threatened in any way for refusing the experimental genetic serum.

COSAP is a new Union  formed since the time of the Plandemic. It aims to recruit as members all the Police who are refusing to allow their constitutional rights to be trampled upon. Without the State Police and Carabinieri the Mario Draghi government will not be able to maintain law and order in Italy.