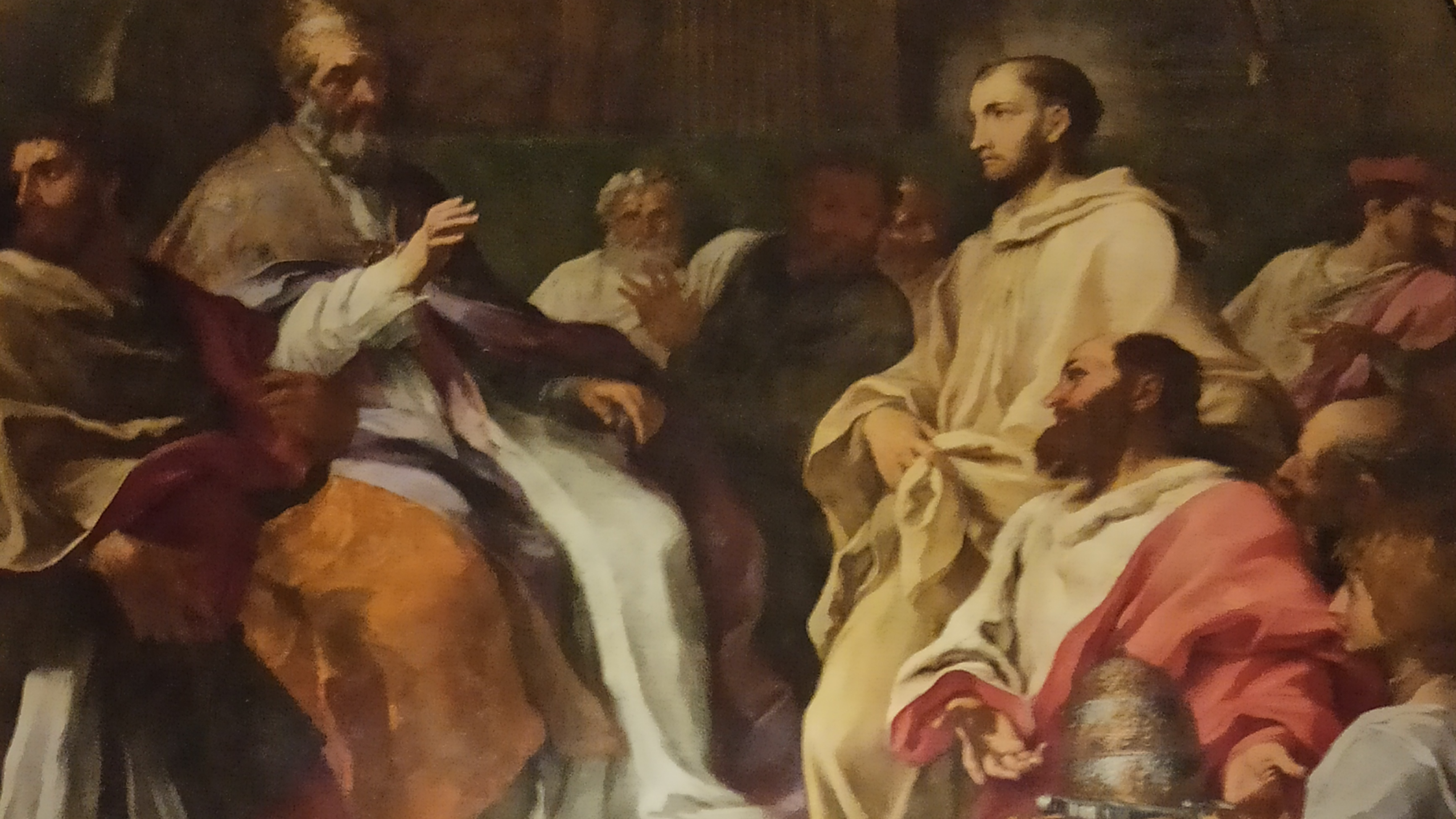 Saint Bernard of Clairaux is the great patron of all Catholics now engaged in the canonical battle to restore Pope Benedict to the Apostolic throne and to remove the usurper and Anti-Pope, Jorge Mario Bergoglio, a.k.a. Francis, from the Vatican.

He is the patron saint for all of us because at the Council of Etamps in 1130 A. D., he judged Anacletus II a antipope and with that council ordered him to be deposed and dislodged from Rome. He attended more than a half dozen other Synods and Councils which declared the same thing.

Moreover, though he was a man of peace, he understood that force of arms was at times necessary to restore peace. So he accompanied the Imperial Armies to Rome to drive the Anti-pope out. And having entered the city, he preached in the major Churches the canonical facts which proved that Innocent II, and not Anacletus II, was the true pope.

So great was this victory in the sight of the Church of Rome, that here in the Eternal City, it is commemorated with an Altar, and not just any altar, but an altar at the Basilica of the Most Holy Cross in Jerusalem, which I visited this morning and which I gave you a virtual tour of in my previous post.

Here I include some photos of St. Bernard’s victory, which show him presenting the antipope Victor IV, the successor of Anacletus II (who died in schism), to Pope Innocent II. Victor II makes an act of obeisance to the true Pope and surrenders the symbols of the office he had usurped. The glory, magnificence and stunning victory of which is emblazoned in a painting above side altar: 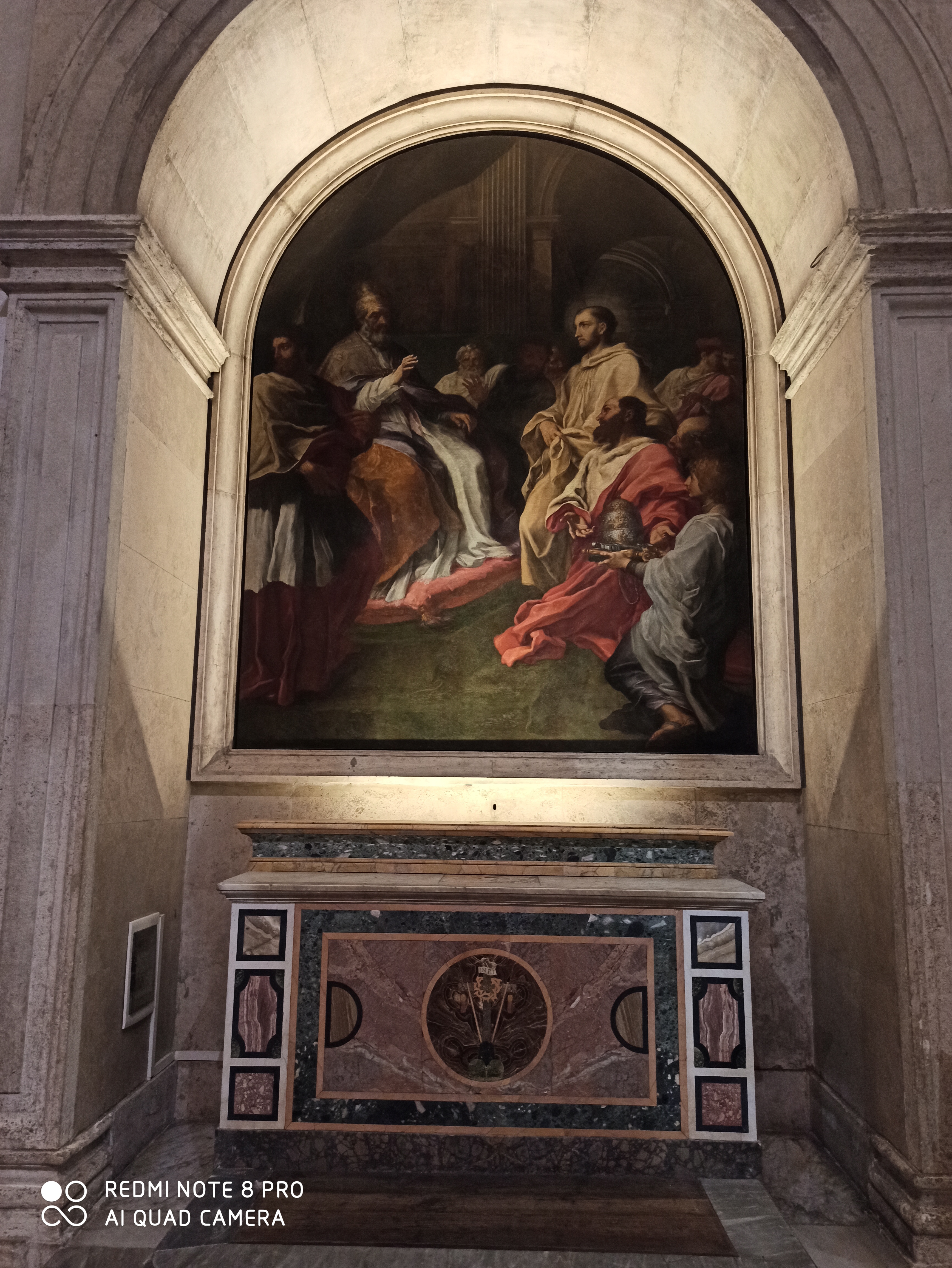 Here is a detail of the same: 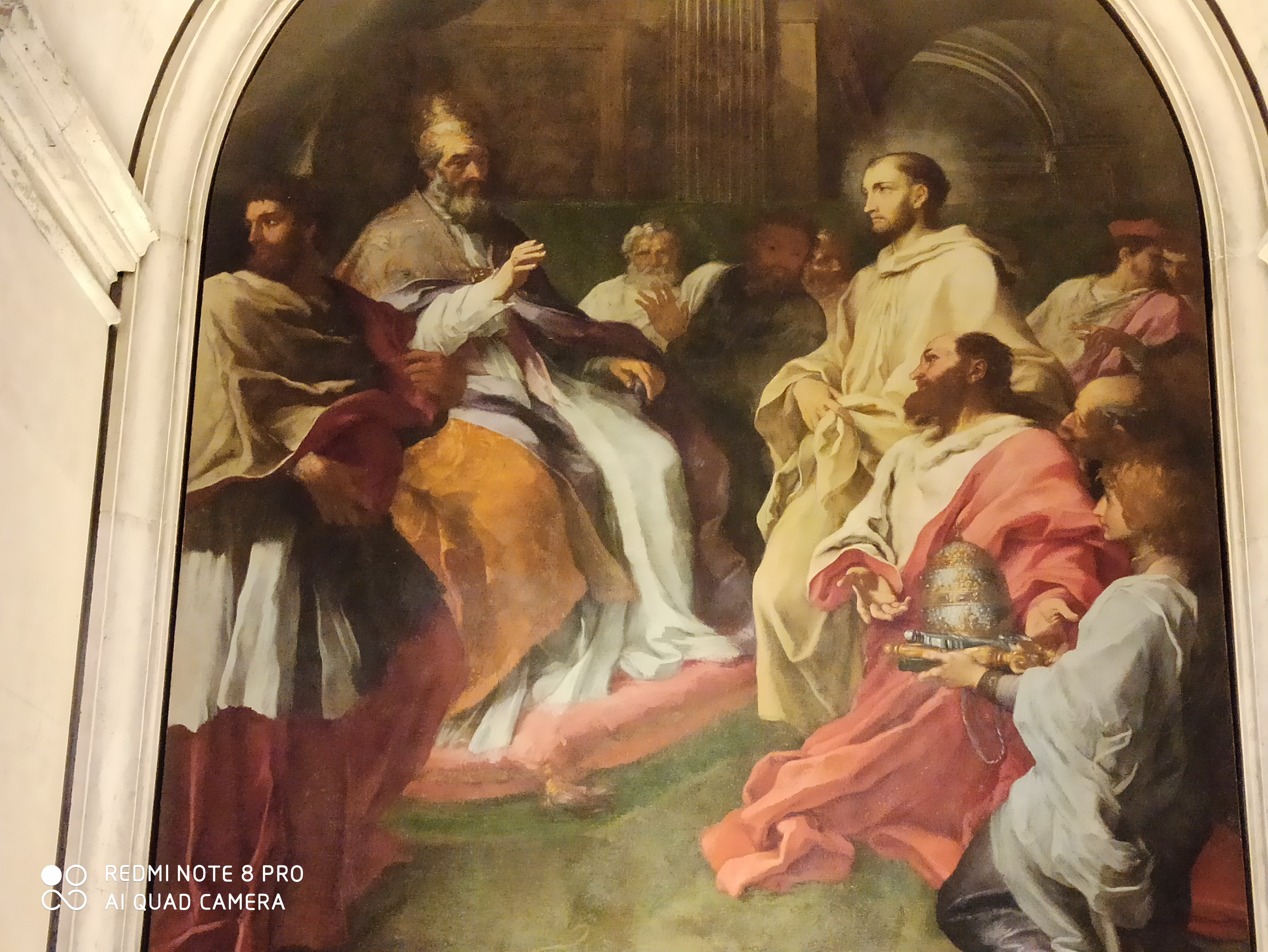 For all those who are defending Pope Benedict XVI these images are precious, so I grant you permission to use them in whatever medium to promote the truth that Pope Benedict XVI is the true pope and that the Saints are on our side in this battle. With them, in the cause of God, we shall obtain the victory, if we persevere and fight bravely and courageously and perseveringly against all obstacles and all enemies.

Here is the official description of the painting: 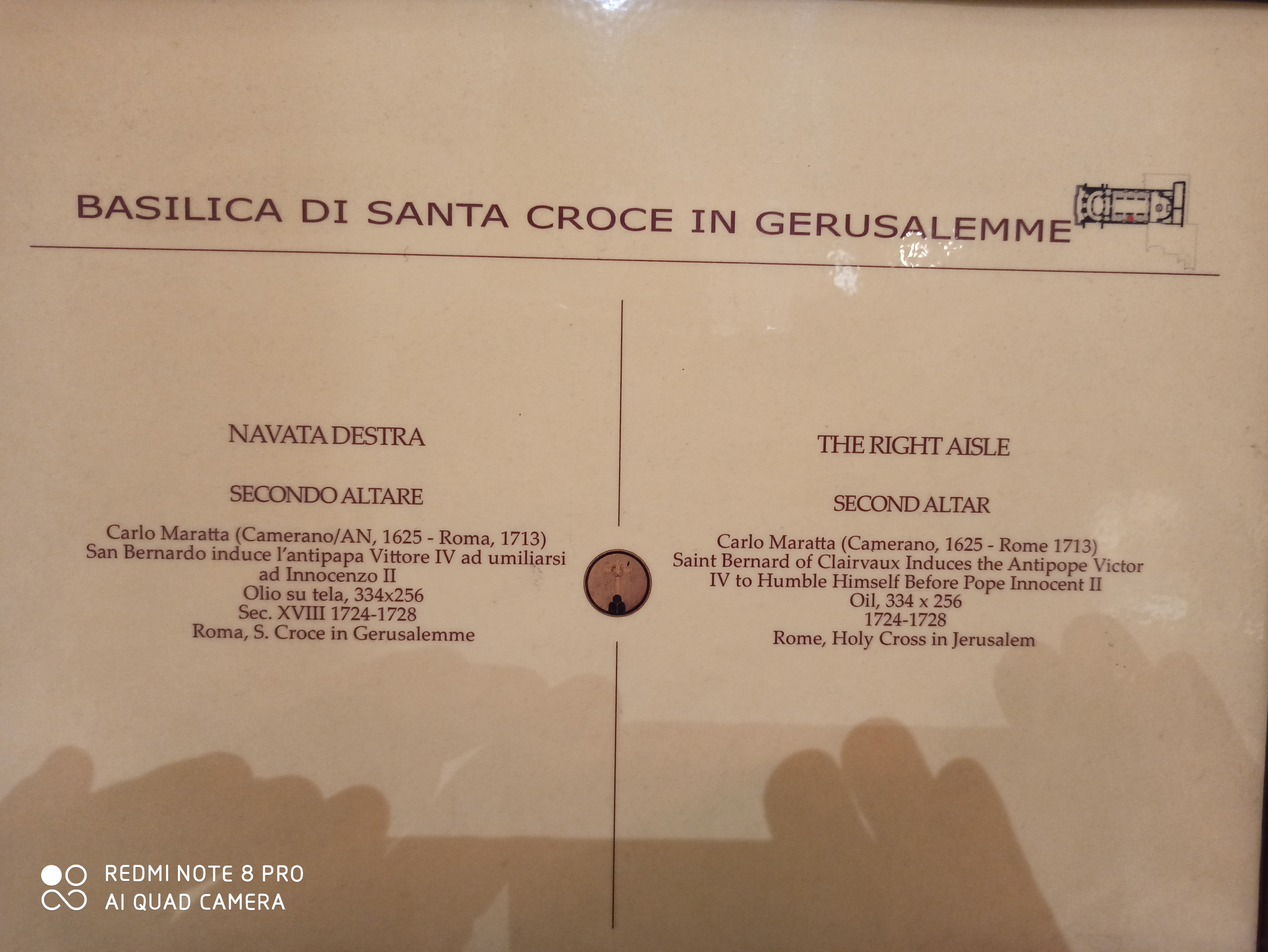