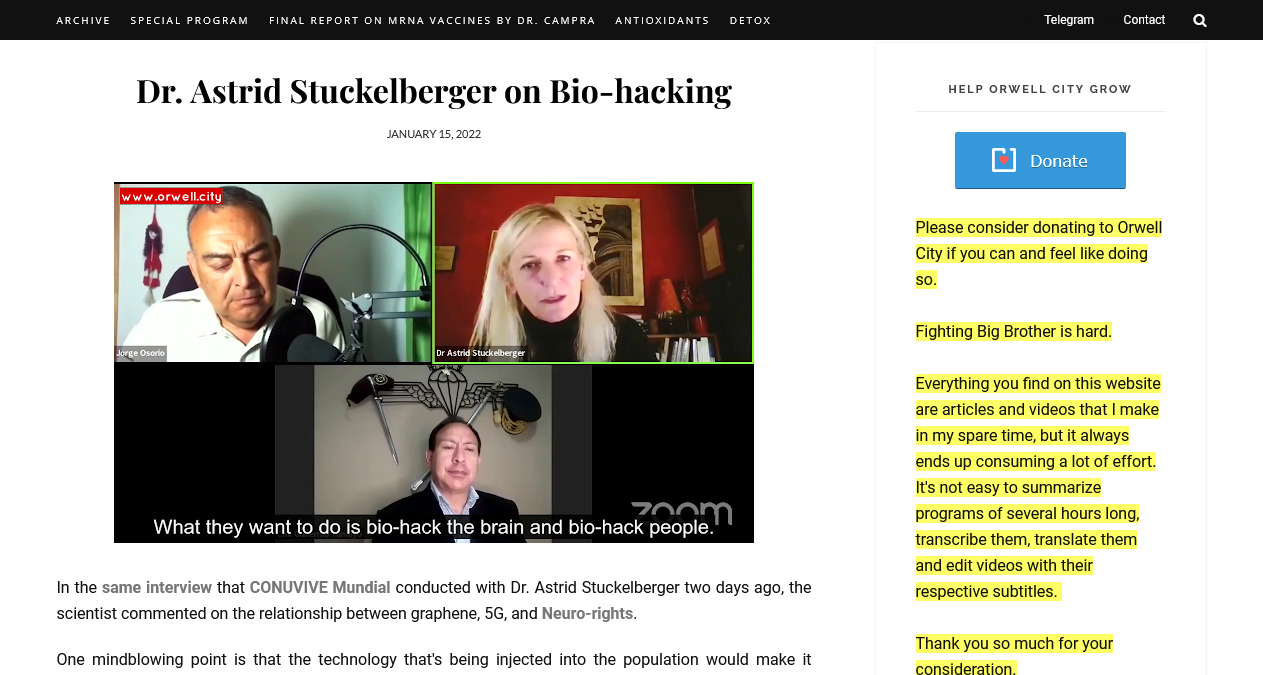 [This video contains adult language, here at there — click image above for full report.]

” So… The endpoint of this is that they’re going to… What they want to do is bio-hack the brain and bio-hack people. And yeah, that’s what I wanted to say…..

…..And they were taking the example of a surgeon. Of course, they want to make it look like it’s good, but you can also use it badly. So, they took the example and said that, if a neurosurgeon wants to make an operation in the Philippines and wants to take control of a person’s hand by his thinking, they can analyze his pattern lighting… We’re electric beings. We’re bioelectronic, so it’s easy to see the pattern. And then they transmit… The person has graphene, and they can transfer the pattern by WiFi. And the person in the Philippines gets the hands going into a pattern of a surgeon. And the person even says, “Oh, it’s very strange. I don’t even do anything, and I’m directed by this program.”

“So can you see where I’m going? I’m going to this zombie pandemic### ZOMBIE PANDEMIC, because what they’re doing now is tha …..”