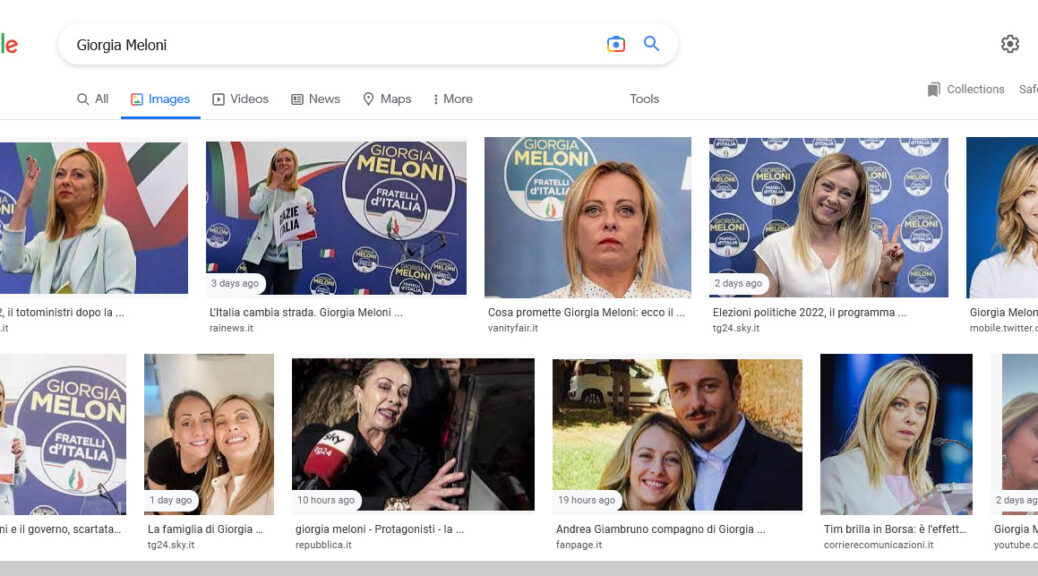 Just so is the case of Georgia Meloni. There is something about her that gets globalists rabid if you touch her.

On social media I have never seen such a concerted effort to protect Georgia Meloni.

In one night, from the USA and Spain, two suspensions. Incredible. I have never seen that before.

Why is Globalist dedicated Twitter in San Francisco and Madrid flipping out about anyone criticizing an Italian politician, of the like of Georgia Meloni. And why is it a top priority to censor anyone who exposes her? — I thought she was a fascist and should never have been elected…. (so the narrative goes).

The truth is obviously something other.

So I will drop a bomb question, to get people thinking:

Is Georgia Meloni a high-priestess of the W. E. F. or the Globalist cult?

Why did she appoint Licia Renzulli as Minister of Health — who loves to have photos taken with a baby in her arms — but who says that all who did not take the DeathVaxx are parasites?

Is this all about a child sacrifice cult?

I have no evidence. But if you are going to censor Catholics so quickly for sharing true information about Meloni, then I have the right to ask the most daring questions… about .. who she really is…

Here is a summation of MSM misinformation about Meloni:

It is important to notice the game being played. The adjectives being used to describe Meloni might make you presume she shared the views of Mussolini, but her real views of the W. E. F., which wants to genocide and de-christianize Europe and promote Chinese immigration. — What we are seeing here is the war between the Skull and Bones Lodge which backs Meloni and the Rothschilds who backed Draghi. She will pay the game of Trump, promise much, do little, but insist on the Agenda 2030 points and even go alone with another Scamdemic.

One thought on “Meloni, high-priestess of the New World Order?”