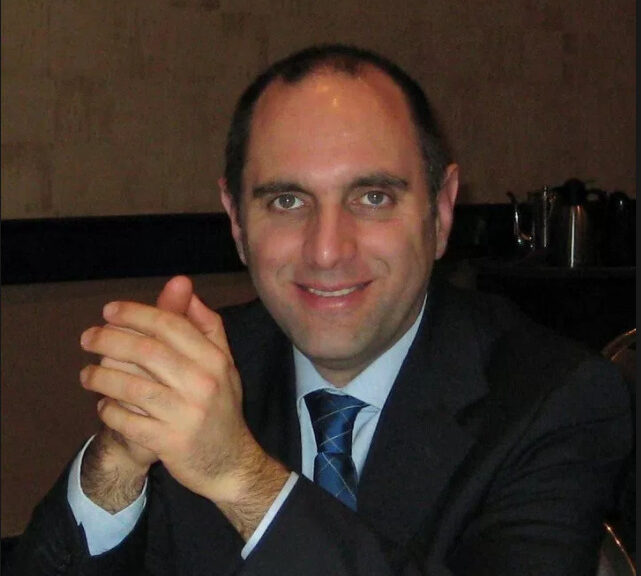 Massimo Viglione is the Catholic counter-historian who in Italy is the spearhead of the medieval cultural movement, in fact he presides over the Confederation of the Triarii.

Massimo Viglione (he signs his posts on telegram as MV) was born on January 18, 1964 at Caserta to his parents Giovanni and Lidia. An only child, he spent his first years in his hometown and at the age of 6 in 1970 he moved to Rome where he spent his remaining school career at the Church of the Sisters of the Most Precious Blood in via Taurasia 4 .

During his school years at the institute, Massimo received a classical education and obtained his high school diploma in 1983. As soon as he has finished school and attained the high school degree he enrolled in the two-year period 1983-1984 at the Sapienza University of Rome where he attended, first, the faculty of law, and in 1984, changed faculty to enroll in philosophy, where he followed courses with a purely historical focus until he obtained his B. A. degree.

In the second half of the 80s he turned to politics by joining the Italian Social Movement, where for reasons of behavioral and political differences of opinion he remained on the margins of the movement until 1992 when he withdrew from politics leaving the party.

In the following years he approached the current of Catholic traditionalism and counter-revolutionary thought, and therefore dedicated himself to critical historical review of recent history, first focusing on the period concerning the French revolution, dedicating himself in fact to the research and study of the links between the French revolution and the Italian Risorgimento, with the anti-Jacobin counter-revolutionary movements.

His studies lead him to become an esteemed and recognized expert on the subject, in his period of study. He will also devoted himself to the study of the Italian Risorgimento in itself and to the image that the Crusades represented for the population of the late Middle Ages and consequent drifts (he has also recently devoted himself much to studies on Christianity in the Middle Ages).

Since 2020 he has been involved in curating a book by Monsignor Athanasius Schneider on the use, in the Covid DeathVaxxes, of cells taken from voluntarily aborted fetuses for the creation of anti-Covid vaccines19.

Among his past works we can find him engaged in important magazines and periodicals such as “Nuova Historica” ​​or “Radici Cristiane”, since 2005 he has also held a professorship at the European University of Rome teaching law and psychology with specialization on the philosophy of history and history of Christian civilization.

Wikipedia lists these works of his:

The Confederation of Triarii

The Confederation of Triarii is one of the most important enterprises of Massimo Viglione, and his personal reputation is intertwined with, since he chairs it.

The Trinarii a cultural association of specifically non-partisan political and social organizations with a traditionalist Catholic matrix, and the Confederation has proposed itself over the years as bulwark of the revolutionary counterculture and as an enhancement of the true Catholic faith: one of the main objectives is to unite those both individuals and aggregative entities who seek a common movement to oppose the truths of the current system.

The Confederation is strongly opposed to the breakdown of common values ​​and among its areas of intervention and formation we can find all the issues that fall within the Catholic faith; for example it protects ideas like:

The initiatives of the confederation listed on its website ( https://www.confederazionetriarii.it/ )

Massimo Viglione is currently a Researcher at the National Council for Research for the History of the Mediterranean and co-founder and Editor of the Maniero del Mirto Editions.

Most recently, Massimo Viglione has publicly embraced the initiative of Archbishop Viganò, calling for a world wide alliance against the satanic Great Reset. He asks all the members of the Trinarii to personally sign on to it.

8 thoughts on “Profiles in the Italian Resistance: Massimo Viglione”