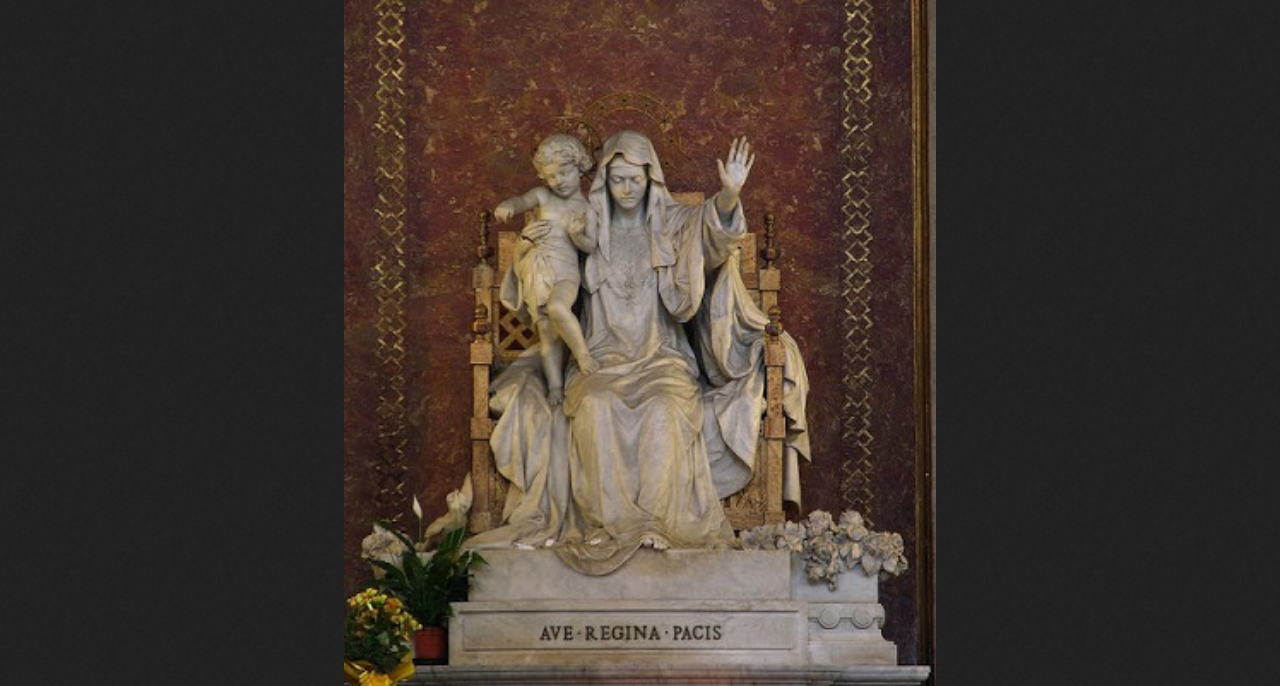 Bl. Catherine Emmerich was given to know much about the future of the Catholic Church, nearly 200 years ago. She was given to see the time of two popes, and how one would lead the Church into apostasy, the other would be isolated and paralyzed by inaction.

As a remedy, Our Lady revealed to her that Catholics should join together to pray a special prayer at Midnight, Rome Time.  It is presently midnight here at Rome, so please read these prophecies of Bl. Emmerich, approved by the Church, and say the prayers Our Lady asked for. (Sources: here and here)

May 13, 1820: “I saw the relationship between the two Popes. I saw how baleful would be the consequences of this false church. I saw it increase in size; heretics of every kind came into the city (of Rome). The local clergy grew lukewarm, and I saw a great darkness. Then, the vision seemed to extend on every side. Whole Catholic communities were being oppressed, harassed, confined, and deprived of their freedom. I saw many churches close down, great miseries everywhere, wars and bloodshed. A wild and ignorant mob took to violent action. But it did not last long.“ „Once more I saw the Church of Peter was undermined by a plan evolved by the secret sect, while storms were damaging it. But I saw also that help was coming when distress had reached its peak. I saw again the Blessed Virgin ascend on the Church and spread Her mantle [over it]. I saw a Pope who was at once gentle, and very firm . . . I saw a great renewal, and the Church rose high in the sky.“

August 10, 1822: “I see the Holy Father in great anguish. He lives in a palace other than before and he admits only a limited number of friends near him. I fear that the Holy Father will suffer many more trials before he dies. I see that the false Church of Darkness is making progress, and I see the dreadful influence that it has on people. The Holy Father and the Church are verily in so great a distress that one must implore God day and night.“ „Last night I was taken to Rome where the Holy Father, immersed in his sorrows, is still hiding to elude dangerous demands (made upon him). He is very weak, and exhausted by sorrows, cares, and prayers. He can now trust but few people. This is mainly why he is hiding. But he still has with him an aged priest who has much simplicity and godliness. He is his friend, and because of his simplicity they did not think it would be worth removing him. But this man receives many graces from God. He sees and notices a great many things which he faithfully reports to the Holy Father. It was required of me to inform him, while he was praying, of the traitors, and evil-doers who were to be found among the high-ranking servants living close to him, so that he might be made aware of it.“

August 25, 1822: “I do not know in what manner I was taken to Rome last night, but I found myself near the Church of St. Mary Major, and I saw many poor people who were greatly distressed and worried because the Pope was to be seen nowhere, and also on account of the restlessness and the alarming rumors in the city. These people did not seem to expect the church doors to open; they only wanted to pray outside. An inner urging had led them there individually. But I was in the Church and I opened the doors. They came in, surprised and frightened because the doors had opened. It seems to me that I was behind the door, and they could not see me. There was no office on in the Church, but the Sanctuary lamps were lit. The people prayed quite peacefully.“ „Then I saw an apparition of the Mother of God, and she said that the tribulation would be very great. She added that these people must pray fervently with outstretched arms, be it only long enough to say three Our Fathers. This was the way her Son prayed for them on the Cross. They must rise at twelve at night and pray in this manner; and they must keep coming to the Church. They must pray above all for the Church of Darkness to leave Rome.“

“She (the Holy Mother) said a great many other things that it pains me to relate: she said that if only one priest could offer the bloodless sacrifice as worthily and with the same dispositions as the Apostles, he could avert all the disasters (that are to come). To my knowledge the people in the church did not see the apparition, but they must have been stirred by something supernatural, because as soon as the Holy Virgin had said that they must pray to God with outstretched arms, they all raised their arms. These were all good and devout people, and they did not know where help and guidance should be sought. There were no traitors and no enemies among them, yet they were afraid of one another. One can judge thereby what the situation was like.“

CREDITS: The featured image is of the Statue of Our Lady of Peace, in the Basilica of Saint Mary Major. The source of the English translation of the writings of Bl. Emmerich is not known.

54 thoughts on “Our Lady requested prayers at Midnight, Rome time”