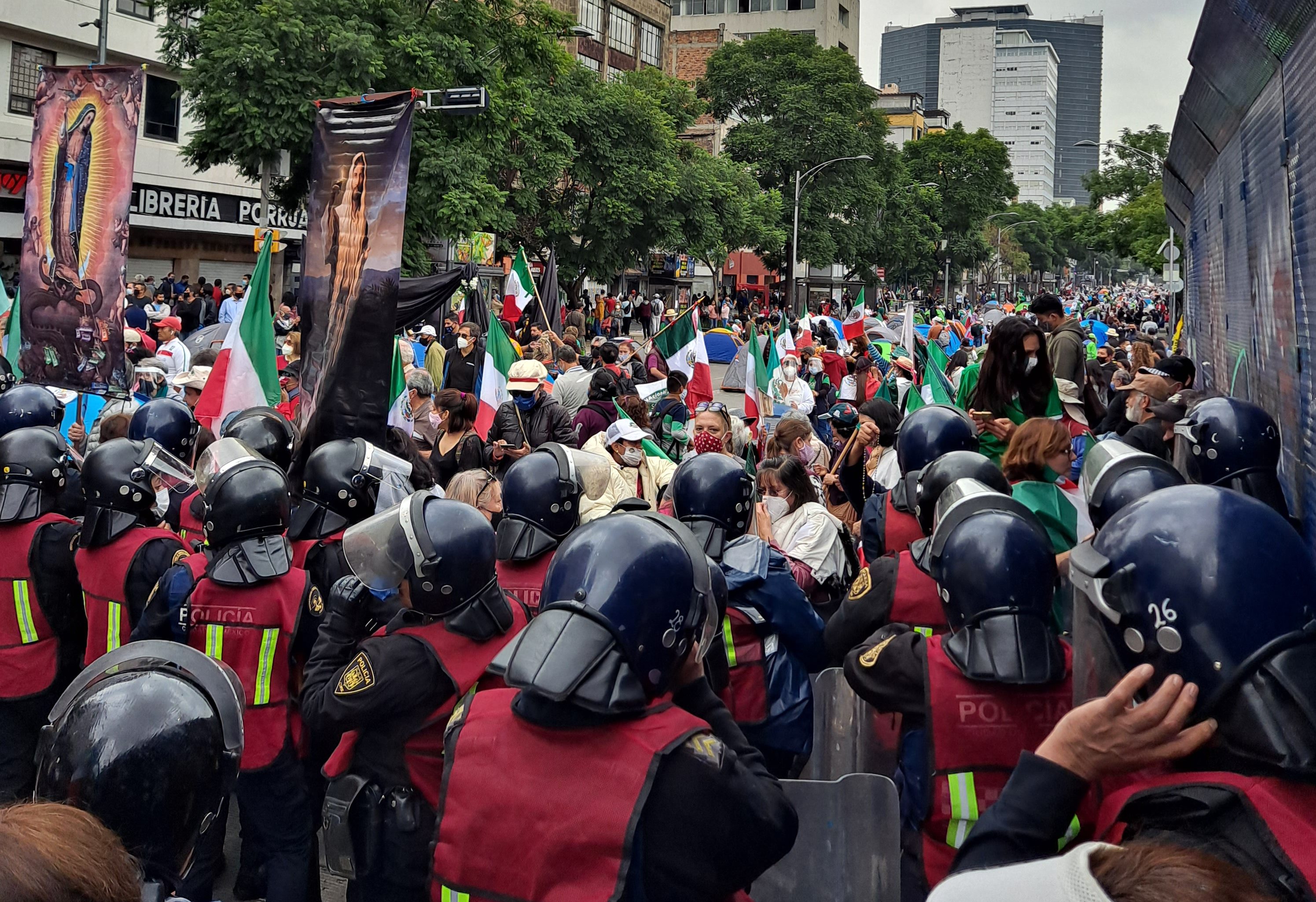 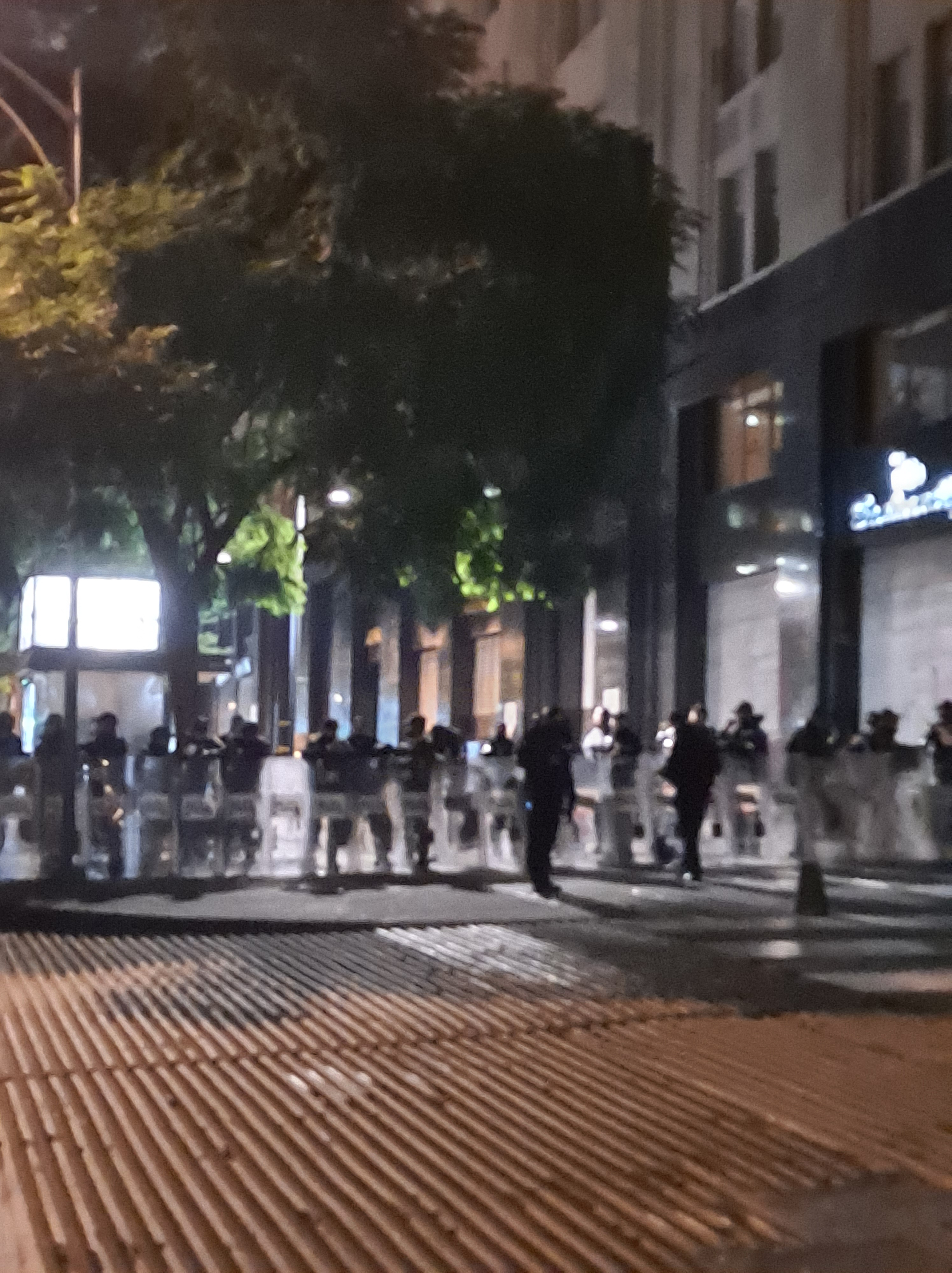 MEXICO CITY, Sept. 21, 2020: Catholics, fed up with the Masonic government of President obrador, have begun an occupation of about 2-3 miles of city streets, here in the Historic Center area of Mexico City, since Saturday. Hundreds upon hundreds of Police and law enforcement blocked the protestors’ entry into the Historic Zócalo square, so, in response, they decided to pitch their tents on two main intersecting avenues. 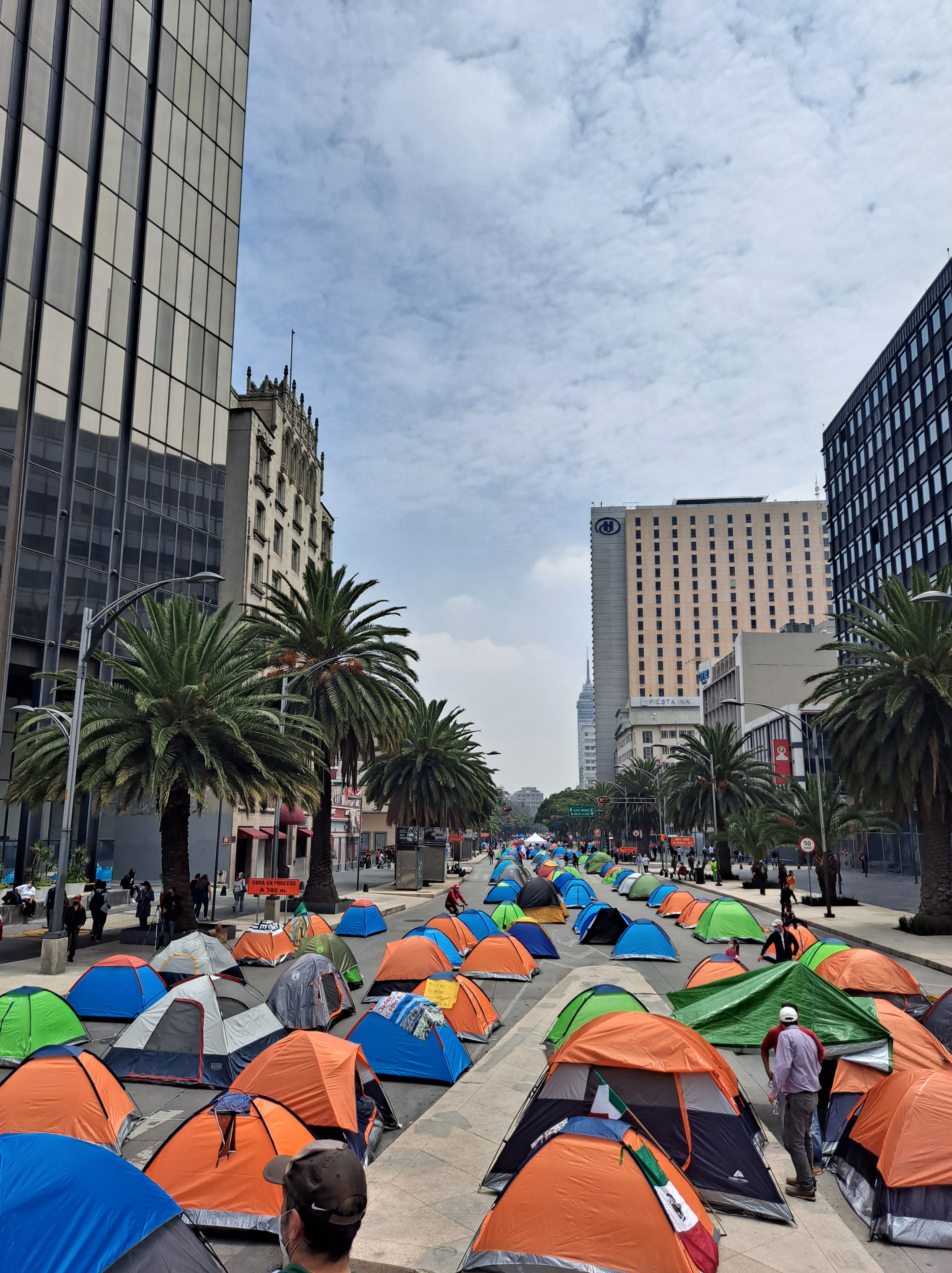 This has caused a worse nightmare for the police, the President and those who live in the City.  People are pouring in by the thousands from States and cities all throughout the Republic of Mexico.  It is a HISTORIC occupation urging the President/dictator Andrés Manuel Lopez Obrador to resign -immediately.
Tired of the corrupt regimes of recent decades, the protestors are demanding an end to his socialist dictatorship, which has taken on increasingly the character of that of Venezuela.

Mexico has been ransacked by Masonic governments in the last 200 years with the help of FreeMasons from France and the USA.