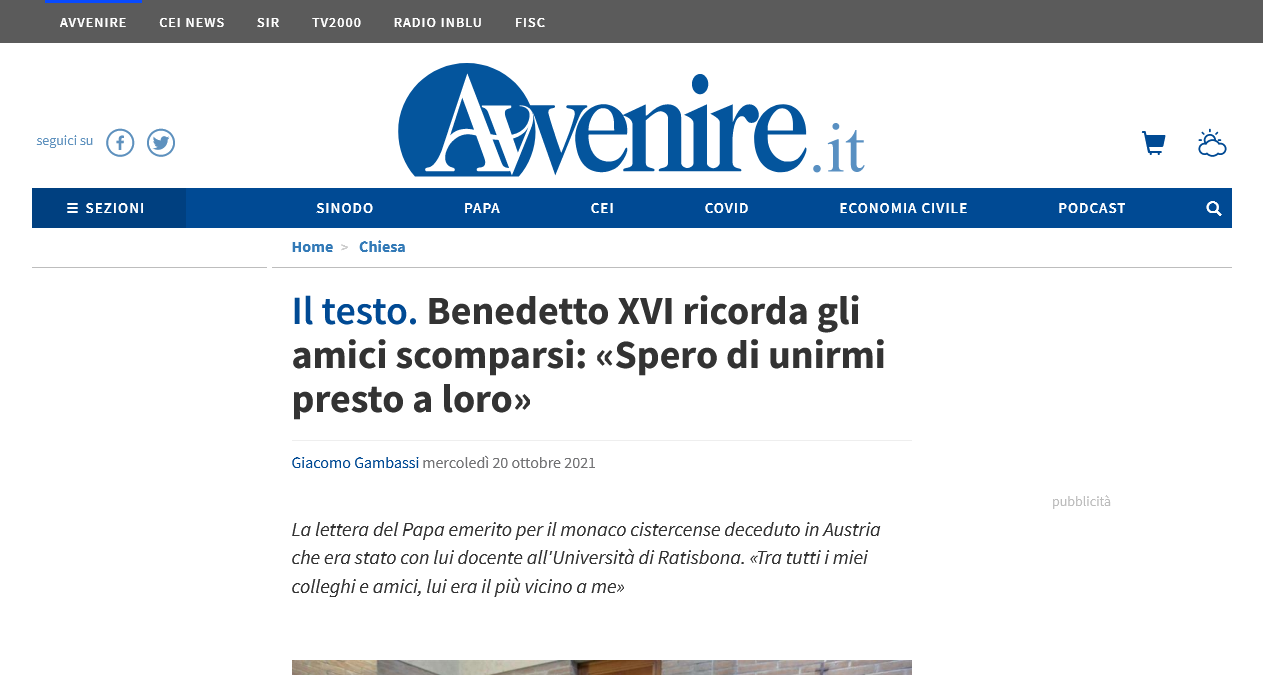 Commentary on the above by Br. Alexis Bugnolo

(click the image to read the article in Italian)

It has been 15 months since the Avvenire — the official Weekly of the Catholic Bishops of Italy — called upon a defrocked priest to write an editorial responding to Andrea Cionci’s politicization of my study of the Latin text of Pope Benedict XVI’s Declaratio of Feb. 11, 2013.  On that occasion the defrocked cleric called me an idiot for identifying 40+ grammatical and syntactical errors in the text.

Since that time the entire intellectual world in Italy has accepted my findings and recognized that there is something seriously awry, when, as Cionci uncovered in Benedict’s official biography, the Roman Pontiff says, “I know Latin very well, such that I make no errors. That is why I wrote the Delcaratio in Latin.” (Not a direct quote).*

This let Cionci in a year long study of the cryptic way the Holy Father has been sending warning signals to the world.

So, now, just days after Cionci revealed that 226 Bishops gave no counter argument to the evidence he gathered, the National Catholic Newspaper has quietly conceded the entire argument.

For in the article above the author admits that Benedict renounced the petrine ministerium. Punto. Basta. Nothing more.

But Canon 332 section 2 requires that he renounce the Munus.

I am glad that after 15 months, someone at the Avvenire has read the Latin of the Declaratio. I consider that worth at least one personal insult in the national press.